Acropolis. Athens. Greece. Close up view of part of the inner chamber Ionic frieze of the Parthenon Temple in Athens. The Frieze represented the Panathenaic procession surrounded the entire inner chamber of the temple and consisted of 115 one metre high marble blocks featuring over 350 human figures and divinities and at least 200 animals, mostly horses. The Frieze was created under the direction of the famous Greek sculptor Phidias or Pheidias. The Parthenon, a temple dedicated to the goddess Athena (Athena Parthenos), was constructed and decorated between 447 and 432 BC. The Parthenon is a Doric style peristyle temple with 17 fluted columns along each side and eight at the ends, which lean slightly inward and bulge out in the centre to cunningly offset the natural optical distortion. The entire Temple, apart from the roof, were of white Pentelic marble with the sculptures that once decorated the pediments, friezes and metopes all being painted in vivid colours. The Parthenon was the centrepiece and jewel of the monumental rebuilding and transformation of the Acropolis during the time of Perikles. The Acropolis of Athens and its monuments are a UNESCO World Heritage Site. 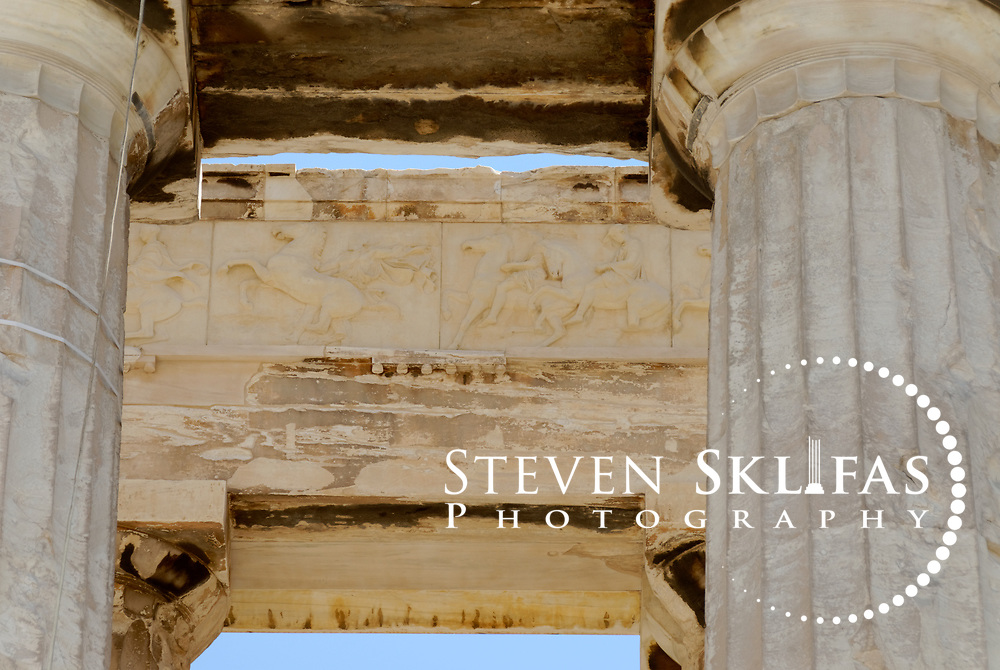