Rhodes. Greece. Cannons and fortifications and side entrance of the Palace of the Grand Masters inside Rhodes old town. Dating from the 14th century, the Palace of the Grand Masters is a fortress within the old town that was seat of government of the Grand Masters and nerve centre of the Knights quarter. It was restored in the 1930’s by Italians for the intention of using it as a summer residence for Mussolini. The old town is a UNESCO world heritage listed site and the best preserved, oldest and largest living medieval city in Europe. The 4km defensive walls were built by the Knights of St John during the 13th to 15th century to defend Western Europe against the expanding Ottoman Empire. Within the walls are a medieval warren of small alleyways and magnificent historical buildings. The island of Rhodes is the largest of the Dodecanese Island group and one of the most popular Greek Islands. 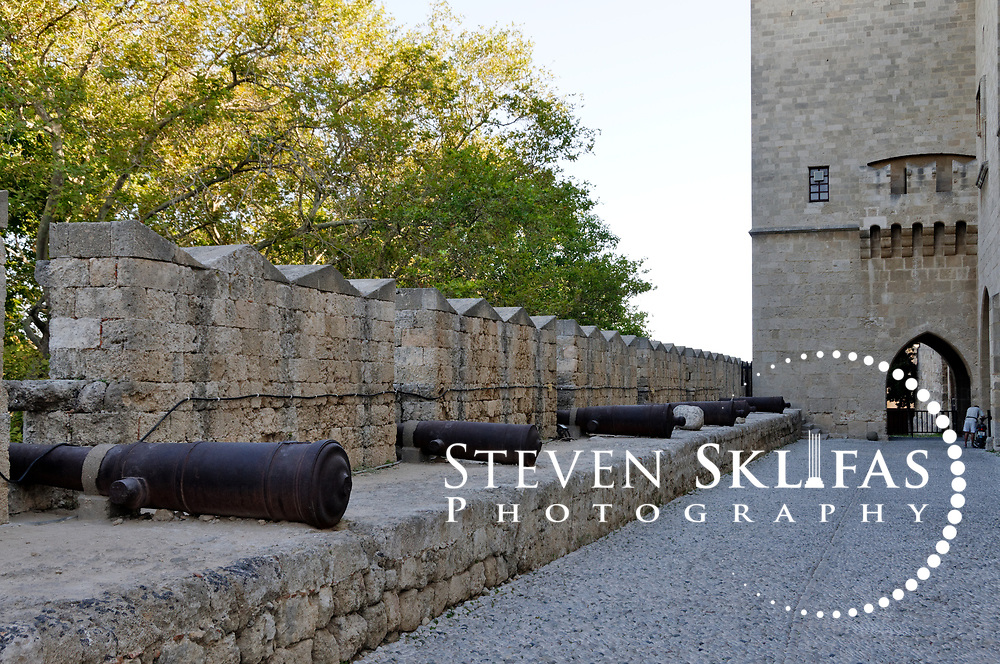